Being a single parent is no picnic 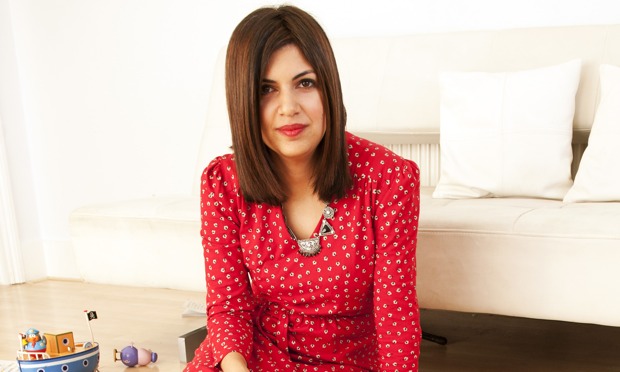 Being a single parent is no picnic

It is, of course, kisses and hugs, laughter and sweet pronouncements. It is tiny feet, little shoes, and a small sticky hand in yours. It is scrawly coloured pencil drawings, funny questions, tousled hair and the loveliness of a sleeping toddler. It is the soft-focus haze of Mothercare posters, the bright baby smiles on nappy adverts, the declaration, “Mummy, I love you.” It is the beauty and wonder of children’s fascination with nature and all living creatures. It is all that and more.

But it is also having your kid scream in your face in the supermarket for 20 minutes when you won’t buy them an ice cream. It is having them announce that they “only want to walk backwards” or demanding you carry them, when you’re in a hurry to get to work. It is reading the same story 873 times, and enduring a tantrum when you have the temerity to finish your child’s sentence. It is having them tell strangers, “My mummy has a hairy bum.”

It is spending two hours making a meal for them, only for them to decide it is “disgusting!” before tasting it and declining a single mouthful. It is the announcement, “Mummy, I’ve done a poo on the sofa.” It is the refusal to get dressed when you’re in a rush, to brush their teeth, to use crayons on paper only, and not on the floor and furniture. It is not being able to work when they’re around because the child grabs the computer and demands to watch 24 episodes of Peppa Pig. It is having your flat decorated with banana, your wallpaper adorned with mashed avocado.

It is loving them so much that you feel constant fear: fear that they are going to run out into the road or fall out of a window, fear that you’re not a good enough mother, fear that Philip Larkin was right … It is worry when they’re ill, sorrow when they’re unhappy, and protective fury when another bigger kid knocks them over in the playground. It is regret when other mothers say they breastfed for longer, envy when other mothers’ babies slept through the night from six weeks, and – for me – sadness when you can’t see your child half the time because you have 50:50 shared residency.

It is hard for all mothers, even those who desperately wanted children, but especially hard for single mothers on low incomes. We can’t afford childcare, can’t take a sick day, can’t take a rest unless our child falls asleep. There is no one to share the enchanting moments and tantrums with, no one to read a book to our child while we have a bath, no one to reassure us that we’re doing just fine.

I have heard exhausted mothers say, “I knew it was going to be hard, but I didn’t know it was going to be like this!” Because nobody talks about how difficult it is. Perhaps they feel it would be disloyal to their children or think, as I also do, that the blessing of a child outweighs the tough stuff. Maybe they feel that they shouldn’t lament their child’s behaviour because, in their eyes, it would be tantamount to regretting that their child exists. Perhaps they are just gritting their teeth and getting on with it.

But if we don’t talk about the reality of motherhood, especially single motherhood, then women can’t make informed decisions about whether to have children or not. If we don’t make it known that most happiness studies say that mothers are no happier than childless women – sometimes quite the reverse – then women without children will always unnecessarily feel bereft.

So here’s the truth: it is relentless, worrying, emotionally-draining work. It is like a grey day with intermittent bursts of sunshine, and these occasional breaks in the cloud are what we mothers try to focus on.

To quote my own mother: “I think I’d have been just as happy if I hadn’t had children, but I would have felt I’d missed out because I didn’t realise what having children was like.”

When she said it, I was childless, and slightly affronted. Now I understand what she meant. Of course, I’m glad for my own sake that she did have children, but sorry to have been the source of so much worry, pain and heartache. No wonder Larkin wrote, “Get out as quickly as you can/And don’t have any kids yourself.”