Learning self defence a key step in building confidence 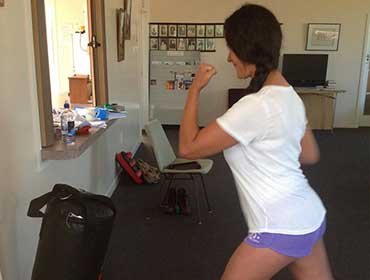 Learning self defence a key step in building confidence

Vanessa* (name changed) was twenty eight when her ex partner knocked on her door and demanded to see her and their son.  Once inside, he threatened them both loudly.  Vanessa remembers being really frightened for herself and her son and not knowing how to defend herself against someone who was twice her size.  Vanessa talked about the experience at a Women’s Self Defence course run by Single Parent Services Waikato and, with the qualified instructor, worked through a number of options she could take if she was ever in the situation again.  ‘I know I could react much sooner’ she said.  She identified the vulnerable points on an attacker and learnt how to target these for maximum effect, if she had to.  ‘I hope I don’t have to ever use these skills, but if I do then at least I know how’ she said.

Rebecca Fraser, Manager of Single Parent Services Waikato, says the course is brilliant for building a person’s confidence and skills so that their instincts to protect themselves kick in much more quickly.  ‘The course is a really safe way to explore some of the things that women can do if a potentially violent situation presents itself, without feeling as if we have to keep ourselves safe by never going anywhere or keeping ourselves wrapped up.’

Single Parent Services Waikato is running this course specifically for mothers parenting alone who can gain confidence from knowing what they could do to protect themselves and their children.