Parenting in Sickness, Health and Poverty. 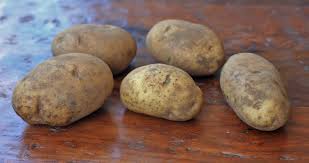 Parenting in Sickness, Health and Poverty.

As a single parent who worked at paid employment the thing I dreaded most was my kids getting sick and then needing to prove they were sick to my employer.  The only way I could prove that a kid was sick was to pay for a doctors certificate.  Two days out from payday there were rarely any dollars for the doctor, not to mention any prescription.  When there were dollars for a doctor it hurt to spend them on an appointment that confirmed what I knew – my kid had a virus or a cold and there was nothing to do for it other than a bit of mum care. I would cry and get angry because mum care was a luxury that we could not afford.  It did not matter that only one kid had the virus for it was almost guaranteed that the next two would catch the virus and then as they recovered I would be flattened by the same virus.

Our workplace laws provide for five days sick leave as a minimum. One virus had the ability to use up an entire years worth of sick leave in a week. It would be another year until we were entitled to paid sick leave again.  Employers may choose to provide more sick leave, however this was never my experience and the sick leave days were inevitably deducted from my pay. Less pay means we have to scrimp on food, kind of like creating a budget for the budget we already have.  We had a set grocery list for each week, reduced pay means we had to choose what we wouldn’t be buying:

Every part of our budget was essential for health or hygiene and each time we were forced to budget the budget we put one or both of those things at risk while levelling up on deprivation. The next week also invited opportunity and risk.  An extra shift at work because everyone knew you had been docked pay because the kids were sick, sounds great except that means extra childcare and transport costs which will take up most of the income. Weighing up the risk of extending day care for the youngest and getting the other two to walk home after school and they can watch TV until I get home . . . . . .what could go wrong? It’s just like any other day except I will be at work. There is an expectation and pressure from the boss that I will take the shift because I need the money and the boss has arranged this to help me out because he thinks I am a good mum.

Two weeks later the daycare rings me at work because the youngest has a snotty nose, the teacher   tells me that I have to pick up my child because they can not be at daycare with a snotty nose, I have to leave work, go to the doctor, negotiate a medical certificate for daycare to prove that the kid is not contagious and another for my boss to say that the kid had to have the day off which is why I could not be at work. I pay for the two certificates and wonder how I will get to work next week, because where else can I take the money from.  I still have to pay for a full day of childcare and our pay is docked again. Each day of sick leave is $60 out of our income plus doctors and transport costs. If any of us get sick in the next two months we will not be able to pay rent.

Increasing paid sick leave for working parents is an important step towards achieving food and shelter certainty for families including those led by people parenting alone. Increased sick leave for parents will also mean better health outcomes for our children. If you are not sure of how much sick leave is available to you at your workplace, one of the things you can do is check out the union, if there is a collective employment agreement there may well be a a greater sick leave entitlement already available to you.

You can also try talking to your manager about being able to work flexible hours, negotiating more sick leave or even working from home when your kids are sick. Talk to family and friends if you can, sometimes family members are around to help look after sick kids, sometimes people have good friends who will help as well.  If you want to change sick leave for all people in this situation then talk to your politicians, write to them, tell your story and tell them that you want them to increase sick leave to care for sick children and dependants.

Having said all this, remember that society is set up in a way that favours families with two parents rather than one parent. The best solution would include increased support for people parenting alone to acknowledge the extra workload we take on.

I know that having more paid sick leave, income and understanding our rights when my kids were small would have made a huge difference to our health and the choices that I made for our family.