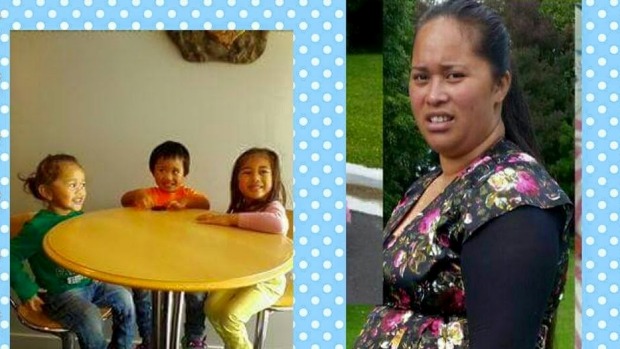 The deaths in Ashburton of Cindy George and her three beautiful children is a tragedy.  Cindy was looking after a family house with her children when she left the car running in the garage – it is assumed that it was left running to keep the battery ticking over – and the fumes from the exhaust overwhelmed her and her children.

It is a tragedy.  Pebbles Hooper from the Herald made a comment that it was a matter of ‘natural selection’ that Cindy and her children died.  She meant that it was a stupid thing to do and if you do something stupid you deserve the results.  The outcry over the callousness of her remark has led her to resign.  Good.

But Pebbles is not alone in her callous treatment of people who suffer from the unexpected consequences of what they decide to do.  It is a horrific idea when applied to the death of a family, but people apply this same idea to single parents living in poverty all the time.  They say:

You made your bed, you lie in it.
Your choices, your consequences.
You may have rights, but you also have responsibilities.
People generally deserve what they get.

The problem with these ideas, of course, is that they pin personal responsibility to people when in fact the choices that people have are often constrained by society, and the consequences are also often dictated by society.   people who parent alone (like Cindy George) run the hard edge of every single one of these ideas.  When a person parents alone, decisions are often made in isolation.  There isn’t another person around to bounce the little questions off – what should I do about the dark rings under Katie’s eyes?  Is it more important to save for soccer boots for Johnny, or his school camp? Do you think I should leave the car running to charge up the battery a bit?  Should I work nightshift because it is the only job I can get?  Is it better to have a bit more money or a bit more time for the kids?  Will my kids be okay if I nip out to the shop for bread?

None of the choices made in these situations are ‘free’ choices – they are dictated by the sort of society we live in.  It is a society where there isn’t ready support available for people parenting alone, and in which the value given to caring for little ones is low.  If we were given a wage for caring for young children instead of government support at the basic level of $300 a week, single parents would be earning $1.80 per hour.  Including sleepovers and crises!  So the choices that people have in front of them are dictated by a society that thinks what they are doing has little value.   And so the decisions made about these choices are decisions that everyone should carry some responsibility for.

Because they are not little decisions, are they?  They are decisions which, in our world, can have significant consequences.  If the choices we have are constrained by society, then society needs to accept some of the consequences of these decisions.  Having social responsibility means we care for – literally – each other.  This might mean we end up paying some extra taxes so that nobody freezes to death in winter and no-one’s house burns down because of dodgy heating.  I’m good with that!  People are more precious than money.

We know it takes a village to raise a child.  Why then do we structure our world so that people have to make decisions in isolation?  Why do we suggest that people have to wear the consequences alone?  No single parent ‘deserves’ the isolation, exhaustion and financial pressure that parenting alone brings.  No family ‘deserves’ to die.  These are not ‘natural’ consequences, they are consequences that we could change if we distributed money and support differently in our society.

It is so easy for us to slide into callousness – ‘you made your bed, you lie in it’.  So every time that we look at a family led by one parent, remember how much extra effort it has taken from one person to get that family to the place that you see them.  Every time that you sit in a space where you don’t see a single parent family represented, please ask yourself where they are.  Families led by one parent have the same rights as everyone else to be a part of our society, but people parenting alone carry double the responsibility, double the burden, double the stigma of poverty.  As a society, we have just condemned Pebble’s comments.  Let’s also dispel the ideas that underpin her comment.