The Day I Told the Ugly Truth About My Marriage 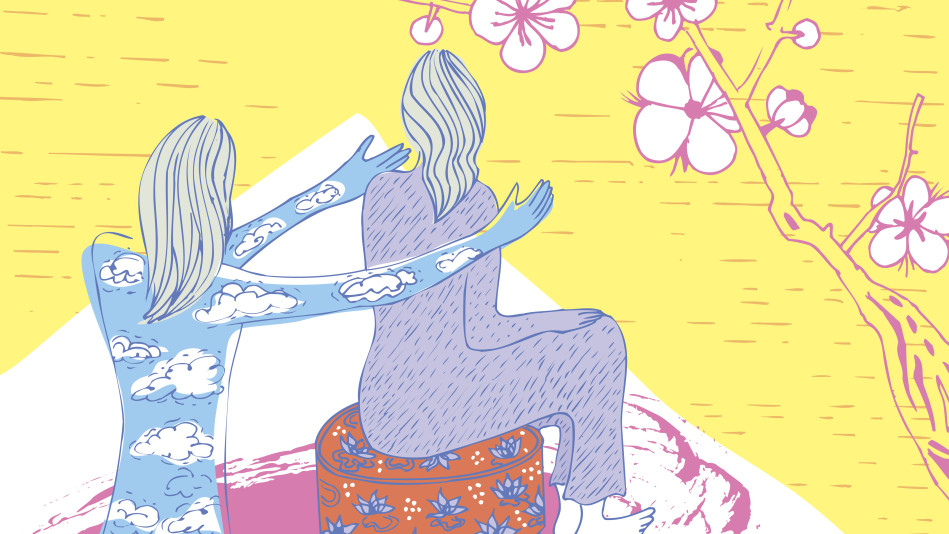 The Day I Told the Ugly Truth About My Marriage

Last summer, I attended a birthday party with my 3- and 6-year-old for my friend Lucie’s daughter. The party was held at the Heritage Museums & Gardens, over 100 lush acres of green, sweeping lawns, blooming floral gardens, giant ant statues and a carousel—an idyllic space to run and play in.

The kids were exploring a playground called Hidden Hollow. My 6-year-old was pretending to be a pirate, yelling Ahoy! from the top of a tree house. My youngest was attempting to walk across a log beam.

My girlfriends, the other moms, were standing together in a patch of sunlight, chatting, laughing. I was sitting on a bench in the middle of the play area, fighting off the beginnings of a stress-migraine by trying to get a handle on my breathing. I’d been catching myself lately either breathing like a hamster, every breath rapid, shallow and panicked, or not breathing at all.

The woman sitting next to me on the bench was Lucie’s mom. I’d met her briefly once, maybe twice, but knew very little about her. I wasn’t even entirely sure of her name. Was it Jenny?

We each said a polite Hello. Then she asked, “How are you? ” My normal response would typically have been a quick, convincing “Good,” without elaboration.

But as I looked at this woman I didn’t know, her gentle blue eyes settling on me, “Good” suddenly felt like a sickening lie. Her eyes waited, and my head throbbed and without thinking it through, I confessed what was really going on.

“I just asked my husband for a divorce, and I’m so scared.”

I was scared that this divorce would be an exact mirror of the marriage—exquisitely difficult. Scared of what would happen to my beautiful kids. Scared that I’d used up my chances for happiness with a man. This was going to be my second divorce. I was terrified that I’d made an irrevocably wrong choice, that I’d be left standing alone, forever. And now I was sitting on a bench, my heart pounding, the vulnerable, naked truth spoken to a stranger, scared that this stranger might judge me, be embarrassed for me, pity me, leave me.

I could hear the sound of my teenager’s voice in my head. TMI, Mom. But instead of feigning some excuse to get away, or bolting to an imaginary cry for help from one of her grandchildren, Jenny stayed in her seat and shared a bit of her life with me.

She’d been married three times. Her first husband died, leaving her a young widow with three young children. I have three children. Her second marriage was a nightmare, and it took her a long time to set herself free. Ditto. She met the love of her life when she was 43. I was 43.

Jenny shared specific stories of the times in her life when she was most vulnerable, unable to imagine the details of a secure, positive future. I nodded, my heart recognizing itself. I told her more about my situation, looking into her eyes, not editing a thing. She told me more, this time about freedom and her unwavering belief in happiness and love, and I began to get a glimpse of a bigger perspective, this moment as a single dot in the unfinished dot-to-dot picture of my life.

Since that day in Hidden Hollow, Jenny and I have become close friends. Jenny often sends me cards, offering handwritten pep talks and words of encouragement. I carry one in particular, that she sent me at Christmas, wherever I go. I read it anytime I’m feeling overwhelmed or scared about what might happen.

“Know I am blowing you along through the doorway to happiness”

I read Jenny’s words, and I think, “I will get through this.”

I often remember that day on the bench. If I’d returned Jenny’s “How are you?” with the standard, pat “Good,” I wouldn’t know her. I wouldn’t know that she and I share so many similar life experiences, that she’s funny and adventurous, brave and generous, that she loves tea, knitting and the English countryside. I wouldn’t have this beautiful mentor, guiding me by the hand through the rocky end of my marriage, believing with every uncertain, shaky step that my kids and I will be okay. I wouldn’t get to love her or be loved by her. If I’d said “Good,” she would still be Lucie’s mom. I’d think her name might be Jenny.

I realize we can’t open ourselves to every person we sit next to on a bench, or stand behind in line at Starbucks. Sometimes a smile and a “Good” are the best we can offer and all there is time for.

But sometimes, “How are you?” can be an opportunity to reveal some of what is genuine inside our carefully dressed and armored exteriors and to be seen, down to our complicated truths. It invites the possibility of a connection with another human being. By answering this invitation with what you are really feeling, you might be judged, pitied, ignored, shamed. That could happen. Or, you could realize you’re sitting on a bench next to someone you love. For me, that’s worth the risk.